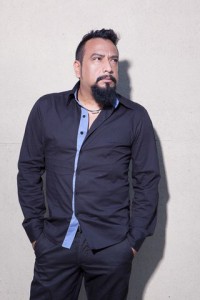 Alejandro Montoya is a New York City based fashion designer known for his elegant evening gown and show stopping costume designs. His vision is to make women feel feminine, elegant, vibrant and effortlessly striking. His creations can be considered a blend of elements that embrace classic cuts, modern flare and effervescent colors. Alejandro’s color palette is inspired by his native country Venezuela, a tropical country of diverse culture, vivacious women and stunning landscapes. Alejandro Montoya was born the youngest of ten siblings in Maracaibo, Venezuela. In his early years Alejandro moved from Maracaibo to Tovar a small city in Merida Venezuela. It was here he finished his studies in Humanities. Influenced by the bohemian and plethora of artistic talents of  Tovar. Alejandro felt a strong desire to explore his innate talent for design and pursue his career in the Fashion industry. In 1988 he finished his degree in fashion design from the International School of Fashion in Caracas, Venezuela. His work was noticed shortly after at national beauty pageants and celebrated festivals. Montoya’s evening gowns and costumes have won numerous industry awards thorough out Venezuela. In 1991 Alejandro moved to New York City. It was in New York he was presented the opportunity to create show pieces for MONDI (a German based fashion company) for their 2001 Spring/Summer collection during New York’s acclaimed fashion week. Later Alejandro Montoya created his first Spring/Summer collection for 2005 presented and well received at New York City’s Marriott Marquis Hotel. In 2008 he incorporated his very own company, Alejandro Montoya Corp. Alejandro Montoya’s pieces have been featured in numerous national TV shows such as Telemundo News, Super Canal Caribe, Cosmo Vision, and Roll out TV, as well as Premios Latinos New York and Premios Casandra in the Dominican Republic. His designs have also been showcased in the documentaries films: A Revenge Story, The Collector, How do I Look and Coyolxauhqui ( the Aztec Mithology Goddes of the moon) In addition his work has been published in many US and international publications such as: Vogue Italy, Esmeralda magazine, T&M Magazine, Vivrant Magazine, Salon News USA, Actual magazine, New York Beacon, Star and legends, Bohemia Latina and Heat magazine. Alejandro Montoya currently resides in and draws inspiration from the New York City area.